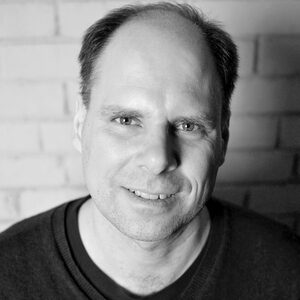 I am an editor and writer who contributes to the discussion about cities in our society, especially my own city of Toronto.

For the past two decades, I have worn several hats at once – magazine editor and writer, urban activist, and historian. Until recently I also worked in web communications, but I am now transitioning to focus on freelance editing and writing.

In 2003, I was one of the founders of Spacing magazine, which focuses on urban issues in Toronto and across Canada. I am a co-owner of the magazine, and have served as senior editor, as the editor of our pocket book series, and I now as the magazine’s executive editor. I have contributed writing to almost every issue, as well as to the Spacing Toronto blog. From time to time, I have contributed writing about cities and other topics to other publications as well.

I have always loved exploring cities on my feet, and I have long advocated for making Toronto a better city for walking. I became a member and then co-chair of the Toronto Pedestrian Committee, and later a co-founder of Walk Toronto. As an activist I have spoken to the media, written to and deputed to city council committees, organized walks, spoken on panels, and contributed to policy development.

Cities have also been at the heart of my academic work in history. The French city of Rouen had a fascinating and vibrant urban culture during the Renaissance period, and I have been exploring it in academic articles based on my research for my Master’s degree. Early in my career I also helped develop an academic bibliographical website, Iter, and my work on websites led to a position managing a website at the University of Toronto.

For this new phase of my career, I have been upgrading my skills. I completed Ryerson University’s foundational Copy and Stylistic Editing I course, and graduated from the MFA in Creative Non-Fiction program at King’s College at Dalhousie University. I am looking forward to seeing what interesting projects this new phase of my life opens up.